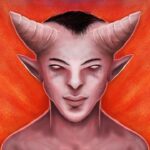 Unfortunately, the one below just makes things worse.

Why? Because they think that by including troublemakers from the outset, it’ll stop them from crashing and wrecking the party once it begins.

As you may imagine, I don’t agree with this ‘reasoning’.

And I’m not just talking theory.

Let me describe an event from last Saturday week.

A girl’s sixteenth birthday party was organised for 160 teens. And yes, that was way too many guests for a start.

The party took place in a hall in Kew. Despite the fancy postcode, we had the usual issues for this age group:

At 9 pm, the party had its first fight. It began over a girl and was between two ‘nice’ guests.

The (invited!) troublemakers waited until later, then started an all-in brawl.

Though my team and I quickly removed these instigators from the event, they refused to leave the property and hung around until we called the police.

The party ended without further incident, but you can imagine the vibe inside was pretty far from ‘sweet sixteen’.

When I tell hosts it’s a bad idea to invite troublemakers, I speak from long, hard-earned experience.

Troublemakers bear their label for a reason. Some have been suspended from school for damaging property, injuring people and other selfish behaviours.

You do NOT want them anywhere near your family, property or home.

Part of a safe, successful, party plan is to do a proper guest list.

Physically sit down with your child.

Ensure every invitee is:

When the list is done, lock it in, print it out, and stick to it.

A week before the event, send a hard copy of this guest list to the parents of every invitee on it.

That way, everyone knows where they stand before and on the night.

If, for any reason, you can’t get your child to agree to these and other boundaries, you can always call in the cavalry.

When you hire a professional security firm that has expertise with teen parties, you’ll have a strong partner to help you with the heavy lifting from well before to well after your event.

And your troublemakers will be truly out in the cold.