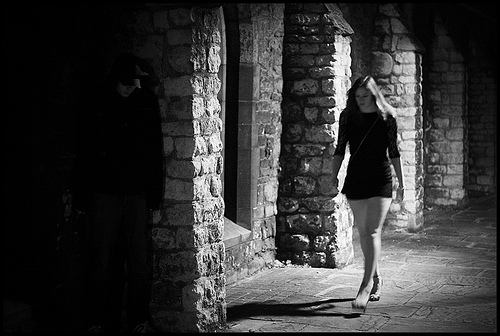 Each weekend we try and prevent young girls walking home alone from parties.  After they have had a few drinks they seem to think they are bullet proof.  These stats are of real concern.  Read more

A DISTURBING number of Australians are prepared to justify the actions of rapists and domestic violence perpetrators and shift the blame on to the victims.

A new Vic Health report reveals one in five people believes that if a woman is drunk or drug affected, then she is partly responsible for rape.

Of the 17,500 people surveyed, 40 per cent surveyed agreed that a lot of times women who said they had been raped had led the man on and later had regrets.

And 16 per cent believed that women often said “no” when they meant “yes”.

There was a growing number of people who thought that rape resulted from men not being able to control their need for sex, rising to four in 10 in 2013.

The National Community Attitudes Survey found that, while there had been some encouraging shifts in attitudes towards violence against women, many troubling viewpoints remained.

More than 60 per cent of Australians think the main cause was men being unable to manage their anger. Almost a quarter of Australians believe domestic violence can be excused if the attacker can’t control their anger or regrets it.