Every Parent Should Be Conerned 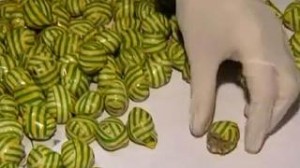 More proof that this issue is on the increase.  Some of our young people are treating Synthetic Drugs like a new lollie.  It is lethal ! Article below:

IT is impossible for legislation to keep up with the explosion of new recreational drugs, an expert says.

Speaking at the Australian Drugs Conference 2014, Dr David Caldicott said new psychoactive substances (NPS), which are intended to mimic the effects of traditional illicit drugs, could not effectively be legislated against.

He described a “vortex of doom” where there are new synthetic drugs developed that fall outside the current law, legislation catches up, then young people become increasingly exposed to substances that have never been seen before.

Dr Caldicott, consultant emergency physician at Calvary Hospital in the ACT, said drugs policy had to be based on science and public health, not morality and criminality.