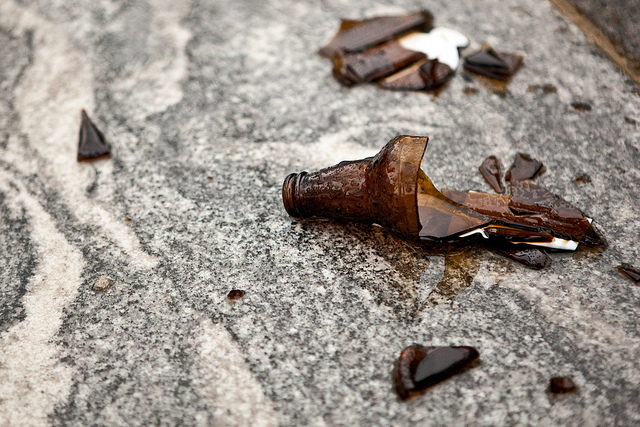 Welcome to the arms race

Gatecrashers are damaging our community and we’re powerless to stop them.

I’ve been sounding the alarm for years, but things are getting worse and there’s no end in sight.

Coming to a house near you

As well as having zero respect for people, property, authority (or even ambulance staff) young thugs are arming themselves with fence posts, knives, rocks, broken bottles and even petrol.

Anything to gain entry to a party and cause damage, injury and mayhem.

Since 2010 I’ve campaigned for safe event laws. People have listened, but nothing has been done.

It doesn’t have to be this way.

Public venues are refusing parties under the age of 21. This simply pushes them into residential areas, impacting the community and making events even more accessible to unwanted guests.

Closing venues isn’t the answer. Nor is shutting down celebrations early and punishing innocent families who have a safe party plan.

Right now, all we can do to combat gatecrashers is to have a huge crowd-control presence, for which poor parents must pay.

Do we really want to factor security as a standard event cost – along with ice, snags and party pies?!

My short-term solution is to create the offences detailed in my proposal of five years ago:

Another offence (possibly under the Privacy Act) could be the abuse of social media (e.g. Facebook) to facilitate gatecrashing by:

In addition to these offences, police need to collate out-of-control parties to establish how bad the gatecrasher issue is.

Gatecrashing is all over the news. As they say in media, ‘if it bleeds, it leads’.

The question is, are you going to sit on the couch and wait until your home is trashed and your child’s blood is on the screen?

Or are we going to get up, get organised and get laws to keep gatecrashers off our streets?

I know what to do.