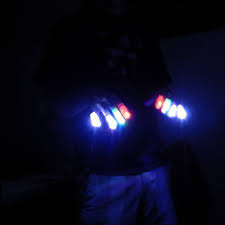 Recently at a private party in Melbourne we had a number of hatecrashers throughout the night.  Some of the gatecrashers decided that they would climb on some roofs of homes and attempt to get into the party.  Some of them also decided to jump into neighbouring properties, trample garden beds, upset family pets and cause undue stress for the residence.  In the footage that I have attached below, a gatecrasher decided that he would hide from all staff beside a neighbouring brick wall.  Sadly for him he was discovered.  You will see when he runs away his fluorescent runners can be observed in addition to the noise he created by climbing neighbouring fences and sheds.

Apparently at the local hotel a few weeks later, some older siblings were overheard talking about ‘how strict security were’ at this particular party.

Finally the message is getting out