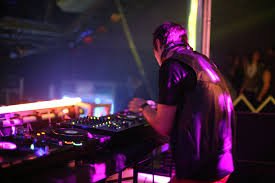 This is not a new craze but it is becoming more popular.

Amateur DJ’s putting on unplanned events to make a quick amount of cash without consequence.  In the last 6 weeks we have seen the tragedy that can unfold at these young adult celebrations.  This Bayswater party was a great example

The same DJ (I know) has been recently actively sourcing venues to earn more money.  It’s probably something the ATO could look at if they had more resources !!

This is how they go about it:

Book the venue under another family members name

BAM!! Thousands of dollars have now been made

Venues need to become more savvy when excepting these types of bookings instead of looking at the revenue that could be made from hiring the hall.  Ask more questions and have a stringent check list

Parents need to quiz their teens to establish exactly where they are going and who is in charge.  At the very least parents can ring the Police and establish if the party is registered.  If it is not then the alarm bells should be ringing.