Synthetic Drugs-How do we deal with this killer? 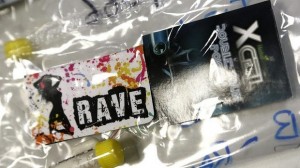 Synthetic Drugs have sadly become evident at a teen party last Saturday night.  18th birthday, Alcohol Managed (Beer and Cider) via Unome Bar System. 3 teenagers ill, vomiting, one passed out .  One of these kids was taken to hospital.  Information via the parent and emergency services is that the reaction was extreme.  Toxicology reports indicate nil reading for drugs.

Characteristics appeared to mimic drug use

Parents need to understand and be aware that Synthetic Drugs are widely available and can be lethal.

Synthetic Drugs often mimic the same affects as street drugs however the reactions can be extreme and sometimes fatal.  Synthetic Drugs can be consumed the same way as illegal drugs.  This also includes ingesting via  E-cigarettes.

Synthetic Drugs are on the increase.  Parents need to be vigilant. Schoolies and end of year celebration season is not far away.

Popular Synthetic Drugs contain substances such as cannabinoids and the cathinones , as well as the NBOME group. All are of concern to the medical profession and emergency services.  At this stage a standard urine drug screen will not show novel products, an extended drug screen won’t either.

It is cheap and not illegal to use

They are very easy to obtain online, and their legal status is blurry- their rate of evolution is far faster than the rate of legislation..

Characteristics of people that have consumed drugs/synthetic drugs are as follows:

Extremely animated (more so then the rest of the party)

Conversation is erratic and does not make sense

Over affectionate to strangers

Side affects are as follows: