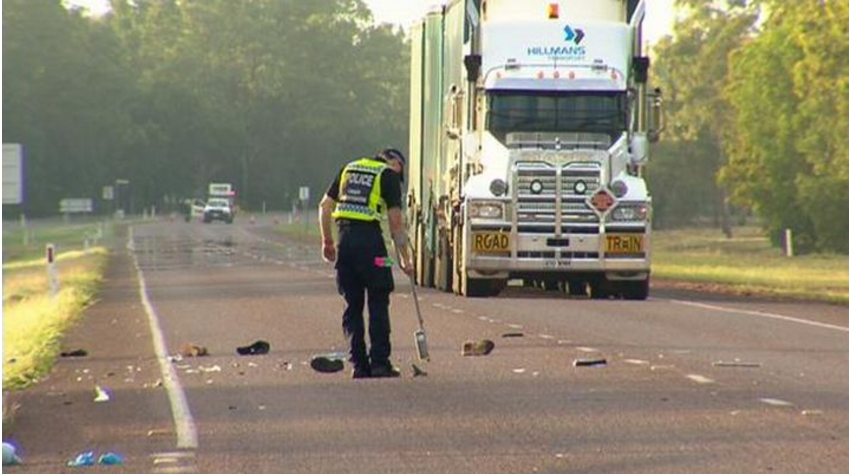 Two teenage boys have died after being struck by a car in the Northern Territory. Two Darwin High School boys have died after being hit by a car as they returned home from a party in Coolalinga, in the Northern Territory, last night. Rhys Simlesa and Rhys Walters, both 15-years-old, had been walking along the Stuart Highway when they were fatally struck about 2.30am, police said. 9NEWS understands the driver was a friend who had attended the same party before the tragic accident. The 17-year-old Read the full story