Young Adult Parties Are Better With A Plan 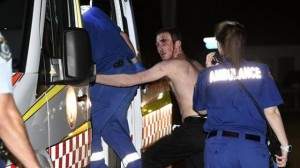 Again and again we see our stretched emergency services called to situations that could’ve been prevented. I can see the neighbours cringing inside their properties thinking, ‘Not another teenage party!’

The parties that my company are involved in highlight a proactive plan that is put in place to ensure our guests are kept safe however one thing we are continually dealing with is gatecrashers.

Take last night for example, a well planned 16th birthday, 150 kids.  Sadly the teenage party host had been informed via a couple of tools at his school, that he should expect gatecrashers at this event. Instead of the original 4 staff assigned it increased to 7. Instead of one external camera set up, I  had 3 operating. The Police were very proactive and we had no issues.  Without the plan it would have been a different story.  We had plenty of individuals scoping the property through out the night, but obviously thought it may be too difficult.  We did ensure neighbours within the vicinity were notified however I am sure a couple of them were nervous !!

The sad thing is that most of the above additional resources were put in place because of gatecrashers.  This is really ‘not fair’ for the party host.  Gatecrashers are now more likely to turn up to your party.  It’s more of a probability then a possibility.  Gatecrashers are hell bent on getting into your property, damaging your assets and injuring your kids.  Gatecrashers absolutely love it when the good guy’s party gets shut down early.  Once the party is shut down the gatecrashers have succeeded.

Currently the only state that has legislation in place for gatecrashers is South Australia.  That means currently we have no offence for the gatecrasher or attempt.  We need to start targeting the bad guys (the gatecrashers) and punish them for doing the wrong thing not the good people that are doing the right thing

I have been campaigning for legislative change for private parties called Safe Event Laws.  Part of this legislation includes the offence of gatecrasher.  Without a deterrent for these thugs  they will continue to cause problems and put your kids at risk.

Safe Party Legislation could also prevent the following types of parties going ahead.  This sounds like the Police will be monitoring this event and then responding when it is too late. 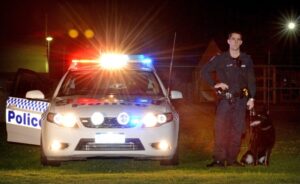 Police have warned students they will not hesitate to shut a party planned for the Peppermint Grove foreshore, which last night had a guest list of more than 700 people.

The “first week of school” event, created on Facebook on February 1, initially invited about 400 people but by Friday afternoon had 728 RSVPs.

Sen. Sgt Morton-Smith said the gathering was not illegal but an event that size in an area that was unsuitable could result in serious problems.

It sounds very similar to this particular party in early December 2014 in WA: 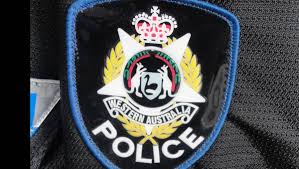 The WA Police Minister says that recently introduced legislation introduced to crack down on out-of-control parties is working despite a recent party in Hazelmere where the riot police were deployed.

Police had bottles thrown at them after attending the party at the weekend following complaints from neighbours.

The 16 year old host of the party, which attracted 200 guests at $10 a head, says police were to blame for the violence.

Martin Fulton told Channel 9 that there was no problem until police showed up with no reason to try to close the party.- claiming there was no reason for the party to end.

It is clear that the current party legislation in WA is not a deterrent!

All of these news articles are as a result of lack of planning and inadequate duty of care. If hosts provide this, parties will be pleasant for guests and safe for the community and emergency services. I believe the only way to ensure our party hosts are providing a safe environment is to bring in safe party permits.

Parents who plan a party for their kids are responsible for all guests. This means they must control the alcohol. They must also diligently and continually observe all guests to ensure they’re partying safely. They must also provide a safe party environment that keeps unwanted guests out.

Not doing this could mean civil action by another parent