Chase to the cut 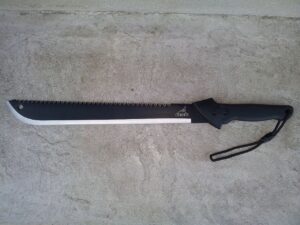 Chase to the cut

Some kids, however, actually need this truth spelt out to them.

I’d been contracted to secure a sixteenth birthday in Melbourne’s outer southeast.

I was met by a highly stressed father at the door.

He told me his son had received threats that a gang would crash the party.

Worse, some of the ‘responsible parents’ had bailed and were no longer helping to ensure a safe event.

After inspecting the venue and assigning my staff, I set up for a night of fun – with a chance of murder.

The head of the gang was Wazza* – a known local bully.

In light of Wazza’s clear and present danger, I held a briefing with my staff, the birthday boy (Brad*) and his parents to prepare an action plan:

1. Position the family dogs in the corner of the property most likely to be chosen by the gang for entry.
2. Increase staff patrolling the rear of the property to two.
3. Have garden hoses ready. (It sounds silly but even the nastiest ‘crews’ don’t like getting wet).
4. In the event of attack, usher all vetted guests into the home.
5. Set up cameras to record anything that moved. 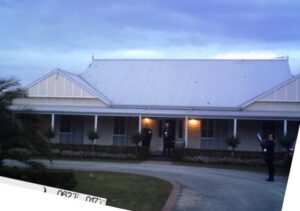 ‘Sorry, mate: not with that edged weapon.’

On the night, Wazza tried a common gatecrasher ploy. He pretended to be one of Brad’s guests.

Here’s the gist of our phone chat:

Brad told me to text this number to confirm

Hi, Wazza.
I’m running the security here, with Vic Police monitoring.
If you show up, you won’t be welcome.
This isn’t a threat but a fact.
Kind regards
Naomi Oakley
U-Nome Security.

Unsurprisingly, a crestfallen Wazza (and his goon band) chose not to attend.

As you can see, it’s far more efficient and effective to deal with hoodlums before they get within cooee of an event.

My quest for ever safer teen events continues …

* Not his real name.