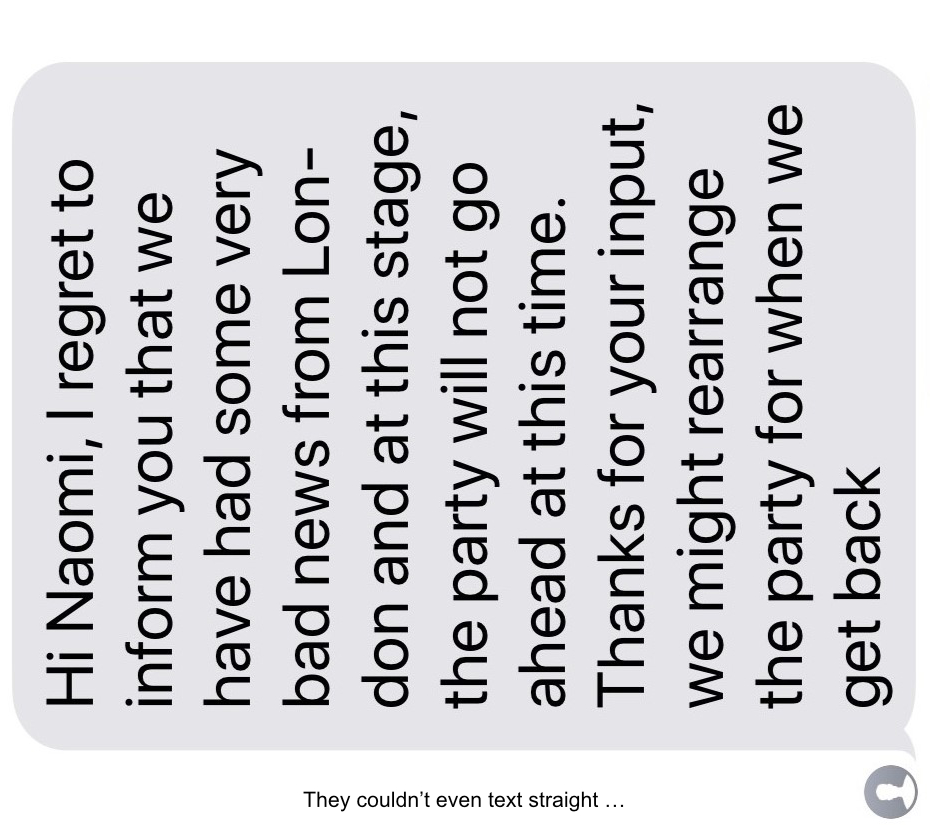 Some adults are so fake, I fear what they’re teaching our kids.

I was booked to guard a high-risk 16th birthday in Melbourne’s north.

With 130 guests (and counting), the host mother agreed to one of my prior party safety assessments.

The catch? Her ‘busy schedule’ meant I had to scope the venue alone.

I attended and photographed the site; flagged all present and potential risks (including some big ones) and sent the mother my mitigation suggestions.

She was meant to reply that day but didn’t.

As the party approached, I did multiple follow-ups. At last, the mother sent an SMS – to her husband – because she was still ‘too busy’ to talk.

So, I discussed my security concerns with the host father and reiterated the need for one of them to read, sign and return my written risk assessment report.

I waited some more, but in vain.

With the party now days away, I sent a final message – pleading for a response.

Over the decades, I’ve learnt that not hearing back from parents is normally a warning sign for one or more bad things:

Then I got the text above.

Then suspicion got the better of me.

I contacted the venue two days before the ‘cancelled’ party – just to be sure.

A shaken hall hirer told me that:

Kids were due to attend this event, confident in their belief that my professional, well-trained, law-abiding firm would be there to keep them safe.

Instead, Dodgey Brothers would be waiting in the wings.

Shocked and annoyed, I informed local Police (who were grateful, but justifiably unimpressed). I also told the hall hirer he should double check who’s protecting his assets a week before each event.

My deepest disgust, however, was reserved for the host parents.

They’d concocted a drama to betray me; tarnished my business name and put children’s safety at risk – all for the sake of money.

And, despite all that, they have current supplier contracts with our secondary schools!

We really must wonder what the hell they’re teaching our kids.