Alcohol Reduction-Starts in our own backyard 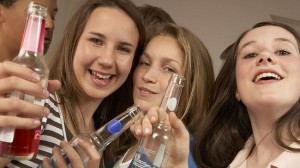 As a parent I no longer consume alcohol in front of my kids.  I don’t want them to think that a good time is only had with a sip of booze.  Australia has a massive drinking culture problem.  Whilst conducting teen party seminars at schools I ask the teens the question as to how many of their parents consume alcohol of an evening.  Most put up their hand.  I believe the key to alcohol reduction starts in our own backyard.

UNDERAGE drinking is rife among teens, with higher rates recorded among those living in inner Melbourne.

New research by Turning Point Drug and Alcohol Centre also found that young people in inner Melbourne had a far more liberal view of boozing, compared with those who live in growth areas.

The study compared people aged 16-24 in inner Melbourne, which takes in Port Phillip, Stonington, Yarra and the City of Melbourne to those in Casey, Cardinia, Melton, Whittlesea, Wyndham and Mitchell.

The study reveals 94 per cent of 16-17 year olds in inner Melbourne had drunk alcohol in the past 12 months, compared to 75 per cent in growth areas.