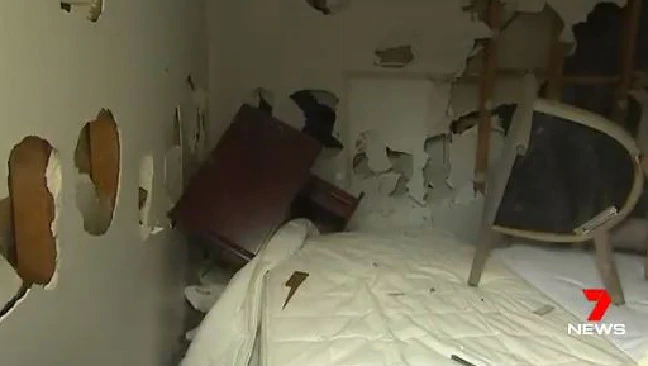 Councils across Melbourne are “banning” parents and teens from hiring public venues for parties, a security expert says.

Naomi Oakley, managing director of U-Nome Security, says councils tightening up on hiring out halls and venues for parties contributed to an increase in house parties in residential areas including short term rentals like Airbnb.

In the most recent incident, two people were assaulted after a wild party at a $3 million rental property in Hawthorn East.

Ms Oakley said she had been contacted by parents and teens struggling to find venues for their 18th and 21st parties.

“Kids are actually lying to get these venues because they can’t get public venues to host their parties,” she told Tony Jones.

“Councils seem to think it’s too hard and have closed their doors on these parties which is really a bandaid effect.

“It’s pushed them into residential areas.”

If you still think that having a teenage party without security is ok, then take a look at this.

A MILLION-dollar property in Altona has been left with a $150,000 damage bill after youths threw a wild house party in the rented beachfront home.