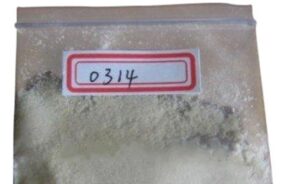 Yesterday I spoke with a sound engineer that works at a number of underage events.  We spoke about the issues of synthetic drugs amongst our young people.  We both agreed that our young people seem to think that it is ok to use synthetic drugs because they can’t get charged with anything.  They seem to think Synthetics are safe to use and they can’t overdose on them!!

My sound engineer friend informed me that at the last underage event he worked at, 30% of the guests were using Synthetics.  He had at least 3 individuals offer him a deal.  This was an event for the age group of between 13-17 years old. In his words it was ‘SCARY”!

I have had a look at the promotional footage for that particular venue and it looked like a RAVE party.  This same event I received some information from a concerned parent saying that her daughter wanted to go but had read an SMS on her phone with the words ‘Brown Joker”( Synthetic).  Her daughter did not attend

The next time your child asks if they can attend an underage event please make sure you ask lots of questions.  For example if an event is called Exotic-land, Wonder-world or another weird trippy name then that will usually give you an idea.  If you check out their posts on Facebook you will generally have a better idea.

The article attached is the latest news in relation to synthetic drugs: