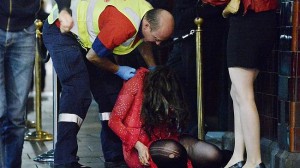 EXCESSIVE drinking causes the death of three Victorians a day, 18 assaults, and puts another 81 people in hospital, according to a disturbing report.

Alcohol-fuelled family violence has also skyrocketed 85 per cent in a decade.

The growing toll has led to demands for the major state political parties to promise to restrict drinking hours and the opportunities to buy alcohol.

The Foundation for Alcohol Research and Education has called for the introduction of legislation requiring that last drinks be served at 3am and that bottle shops close at 10pm.

It also wants a continued freeze on new liquor licences.

“There is only one reason why alcohol harm continues to increase in Victoria, and it’s not from the lack of a solution to the problem,” foundation chief Michael Thorn said.

“Quite simply, it’s a lack of political will from both major parties. Current policies are weak and ineffectual.”