Planning is the Key to avoiding Teen Party disaster

Corey Worthington after the out-of-control party. 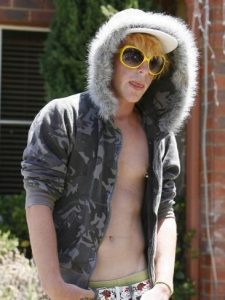 If anything, the potential for disaster is now worse. Social media has a wider reach and the availability of cheap, synthetic drugs compounds the health risks.

An underage party in a Northcote hall also turned into a huge brawl, with teenagers throwing chairs at the window of a nearby souvlaki shop.

But in many cases teenagers — and their parents — are doing the right thing. Each weekend across Melbourne, countless parties are held without hitting the headlines.

And when something does go wrong, it’s not just the kids at fault. Some parents host huge underage events without proper precautions.

Security expert Naomi Oakley has 12 years’ experience in the police force and 12 years running party security business U-Nome Security. She has seen it all.

Oakley says most parents and guardians do the right thing and cover all bases to minimise the risks. But some let their kids invite 150-200 people as if it’s a popularity contest.

One teen party in a Melbourne industrial area recently had about 240 guests. Teenagers were injured and about 15 police units were forced to attend.

“The kids only know 60 per cent of the party,” she says. “The others are only there to make them feel loved and the whole status of popularity.”

The Victoria Police Partysafe Program encourages hosts to register with their local police station at least a week before the party.

Oakley urges parents to keep the guest list to 100 or fewer and have a detailed plan covering preparation, invitations, a safe environment, catering, alcohol management and problem strategies. The venue is also important.

While it is important to inform police in advance, some parents don’t because they will have underage drinkers.

But, she says, “No plan equals disaster.”

Minors need a parent or guardian present or have their written consent to drink. These can be forged, so hosts must be wary.

“Young adults cannot self regulate when it comes to drinking booze,” Oakley says. “Please don’t tell me either that they are a nice bunch of kids … yawn. Yes, we change when we drink alcohol. It just takes one idiot.”

Some drunk teenagers will claim their drinks have been spiked. This is not helped when some parents drink themselves and are in no state to help if things go wrong.

Drugs are also an issue. A mother of three recently assisted a young person who had mixed pills with marijuana and alcohol at a party. The teenager ended up requiring emergency hospital treatment.

“I hope people realise that it could easily be their sibling, friend, daughter or son,” the woman says. “It’s not just so-called junkies that end up popping pills and end up in hospital or even dying from a drug overdose. It could potentially happen to anyone.”

Oakley has seen 15-year-olds foaming at the mouth after taking synthetic drugs that are relatively cheap and can be bought online. She also sees parties where kids as young as 14 are sexually active.

“The biggest thing is peer group pressure,” she says.

Despite the risks, things can and do go well. Hiring security helped Grace’s* daughter’s 18th birthday celebration run “like a blueprint on how to have a party”.

Two U-Nome Security staff gave pre-party advice and ensured there was only one entrance/exit point, they checked IDs, ensured underage drinkers had permission and monitored alcohol consumption. Glass and cans were banned.

Grace hired two Portaloos and had seven adults to help watch the 100-strong crowd aged 17 and 18. Security staff were a further deterrent.

“It was just so good knowing that they were there,” Grace says.

“They were all really good,” Grace says of the guests. “The music went off at 12. There was grog left over.”

Kate says the security at her daughter’s alcohol-free 17th birthday party was brilliant. The two staff were friendly as they enforced the guest list, prevented pass-outs and quarantined bags.

One girl arrived drunk, so the adults gave her some water and arranged for her to go home.

Kate says everyone had a great time. “They weren’t a quiet bunch, they were getting into it,” she says. “They danced a lot and they all mixed. I really enjoyed all the kids’ company.”

Security guard David Sandlers, who has more than 15 years’ experience and is operations manager for Dominance Guardian Services, has attended many teen parties around Melbourne.

He says security is expensive but can help. He has dealt with alcohol-induced medical problems, property damage and violence.
A colleague once had a knife pulled on him at an 18th birthday party.

Sandlers says the question of whether to allow alcohol at a 16th birthday party is vexed. If you allow it, kids might be less inclined to pre-drink and be able to drink at a steadier pace. If you don’t, they are more likely to pre-drink in a short period and/or sneak it in.

“I’ve seen countless times when someone will arrive at a venue/party seemingly sober and be unable to walk 10 minutes later once the alcohol they’ve consumed takes effect,” Sandlers says.

Sandlers recommends detailed planning, talking to teenagers about what to expect regarding alcohol and drugs, avoiding venues in busy areas, notifying police and neighbours, controlling numbers, ensuring guests don’t loiter out the front and organising taxis/Ubers before the party finishes.

He says the attitude of many young people has changed, which can make teen parties more of a risk.

“There is far less respect for authority than there used to be,” he says. “The issues that arise are far more extreme. Drugs are also more dangerous and I think kids are less likely to have been introduced to alcohol at an early age than they were back in the day.

“Now we’re finding so many people who never, ever drink, and then head out, have three or four and end up unconscious. Having the ability to care for people intoxicated because of any substance is the best thing that can be done.”

* Names have been changed

SALLY Brownbill wasn’t sure what she was getting into when she agreed to hold a 15th birthday party for her daughter Lily.

But it all went well, thanks to good planning and security.

Initially, Lily invited around 100 guests, but that ballooned to 180 after requests to bring “plus ones”.

After some apprehension, Brownbill and husband Martin Stevens uninvited the extras and hired security.

They ended up with four staff and 10 parents supervising the party at an eastern suburbs hall.

“We were very naive,” Brownbill says. “As I started talking to people, they said, ‘Are you going to have security?’
I said, ‘Security, are you kidding me?’
It was a real eye opener.”

Brownbill says the security was a godsend. About 135 teenagers attended and while there were no real problems, two girls drank before they arrived, several uninvited youths tried to get in and some couples tried to go into the toilets together.

All this was swiftly dealt with by hired staff and the extra adults, who were stationed out the front to check IDs, near a room with the bags and outside the toilets. The staff were friendly and chatted with the teenagers and adults, keeping things relaxed.

“There was no trouble,” Brownbill says. “We had a DJ and it was a really great night. It didn’t matter how much it cost for us; in the end, we had peace of mind.

“We were responsible for other people’s children while they’re in our care. You’ve got to be on top of it.”

Despite feeing exhausted afterwards, Brownbill was pleased with how things turned out and would not have another party without security.

“People are delusional if they think their kids are perfect,” she says. “They’re just not.”

WHEN her daughter Maddy wanted to celebrate her 17th birthday with a deb ball after-party, Kerrie Seeds was wary. It wouldn’t start until midnight and police advised against having a function so late.

But Seeds worked hard to cover every possible base. She hired security, ensured the party was advertised privately on Facebook and informed neighbours.

Alcohol was allowed, but only if the guests, who were mostly 16 and 17, had parental permission. The notes and texts also gave Seeds the parents’ contact numbers.

Security checked the 70 guests off an official list and used a number system to control alcohol consumption. Plenty of snacks were served and part of the back yard sectioned off.

Seeds’ biggest concern was gate-crashers, but the two security guards offered peace of mind and a deterrent. Everything went well and the only issue was two noise complaints, due to the late start. Most people left by 3.30am.

Seeds says she’d rather have young people drinking alcohol safely around responsible adults than prohibit it, which can lead to secretive drinking. She took her duty of care seriously and the teenagers acted responsibly.

“The kids had a good time,” Seeds says. “It went really well. Alcohol is going to be there, regardless of whether you ban it or not.

“When you ban it, that’s when it becomes taboo. They do it in defiance. Embrace it and keep a lid on it.”

• List everything you need to do before and on the night.

• Consider hiring security or have one responsible and sober adult for every 20 guests.

• Have a first-aid kit and emergency plan.

• Remove potential safety hazards, such as trampolines and garden tools.

• Know underage drinking laws and abide by them.

• Have a secure room for coats and bags.

• Have plenty of water.

• Have enough toilet paper and ensure toilets can be opened from the outside.

• Finish at midnight and have a plan to get guests home safely.

• Allow kids to party while you are away.

• Choose a location near public transport or shopping centres that might attract gatecrashers.

• Have multiple entry points. One side entrance can prevent milling out the front.

• Sit food on tables; instead, pass it around to encourage eating.

• Let guests leave their friends alone if they are alcohol or drug-affected.

• Kids taping alcohol to their bodies.

• Alcohol hidden in yards or thrown over fences.

• Extreme reactions to alcohol or drugs.

• Synthetic drugs that mimic street drugs but can have extreme or fatal reactions.

It is illegal for a child under 18 to consume alcohol unless they are with a responsible adult who is their parent or guardian, or that adult has the consent of their parent or guardian. Police may issue an on-the-spot fine of $1866 if you supply alcohol without obtaining a parent’s consent, and the child may be fined at least $78. Adult hosts are also responsible for the safety of guests.

Unreasonable noise is the most common reason for police attendance at a party.

• Notify neighbours of your party well in advance.

• Identify and control possible hazards, such as swimming pools and open fires.

• Set and enforce “out of bounds” areas to prevent injury.

• Prepare for medical emergencies and have contact details for all the guests’ parents.

• Ensure at least one supervising adult has first-aid training.

• Have a well-stocked first-aid kit.

• Call for an ambulance on 000 in an emergency.