WIFE BASHER-MATES STEP UP AND GROW SOME BALLS 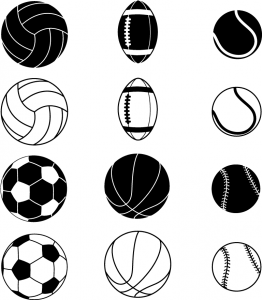 Assigned security staff to a wedding last weekend. Everyone happy and having great time.  Alcohol is managed however some issues at the front door of the venue.  I could see my staff member indicating to me to observe 3 girls that were talking, one crying.

I walk over and observe 3 women, one girls is crying about her husband Brex (Changed a few letters).  Couldn’t really understand too much but she was annoyed at her husband Brex.  Her friend (Standing next to her) mentioned to me that she was going to get her husband to talk with her.  I relayed to her in my experience in dealing with domestic disputes generally ‘adds fuel to the fire’

The female friend mentioned to me that all will be okay, Brex is passive and will walk away.

Prior to her re-attending with the spineless husband , I then positioned my staff members in 3 locations to observe the domestic situation bubbling away- 2 male security members were near the door and at the end of the bar and I positioned myself at the other side of the bar (Triangle position)

Shortly the friend returned with her husband Brex.  I could see them talking and could see  the wife was becoming pretty vocal.  A few seconds later I heard a loud thud and I noticed her head had been smashed against the window.  Her husband had put his hands around her neck and smashed her head with force against the glass window enough to make a thud sound.  As the thud happened (it was that quick) my staff member had then stood between Brex and his wife, asked Brex to remove his hands from his partner, at which point Brex replied ‘She is my wife’ !! (As if it was his bit of property) My staff member then was grabbed (shirt fronted) by Brex at which point he was restrained by an addition security staff member.  I ran out the front to try and get everyone back in the venue, including staff and separate the male from the group.  His female partner ran off and hid with a friend.

I immediately called the Police.

I informed his friend that Police were notified and would be attending.  At that point his mate quickly ushered him away and got him out of the venue. I ran up to follow them to try and get vehicle details.  His wife was hiding (cowering) behind a pillar on the verandah of another building crying.  I asked her if she was okay and she informed me that her head was sore. I mentioned to her that she was safe but I did ask her how many times had this happened. She relayed that it was the first time (Which I don’t believe)  She told me that they have been married for 10 years, have 2 kids and have very stressful jobs (He is a prison guard) as if to make it an excuse.  I asked her if she would like to press charges.  She informed me that it was unusual for him to do this and would not file a police report.  I then told her that it was not normal and that she should try to get further support.  I relayed to her that any male that hits a female is a low life bit of scum.  I advised her that it would be better for her to get a girl friend to pick her up.  The friend arrived and she left.  By this time 30 minutes had passed.

Police rang and said they were on their way, I informed them that now the offender had left the scene and the wife did not want to proceed with charges but if they could still attend and talk to witnesses.

15 minutes later the friend of Brex returned, his conversation was along the lines of, he has been through a rough time and I am not trying to justify what he diid but both him and his wife are going through some problems (no kidding)  I informed him that the Police have been notified.  He mentioned to me that it would be sorted out at the football club and shouldn’t involved the Police !!

This is a guy that beats his wife in full view of the public. I would hate to see what happens behind closed doors!!

This is the sort of dumb mentality from his mates that ensures domestic violence is acceptable !!

GUYS STAND UP AND GROW SOME BALLS. DOMESTIC VIOLENCE IS NOT ACCEPTABLE AT ANY LEVEL